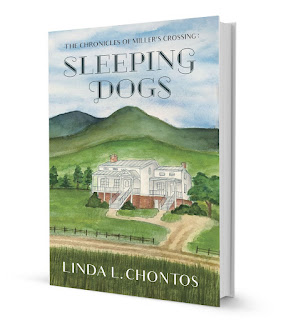 Sixty-two year old Matty Amoruso is still reeling from the sudden death of her husband when she discovers a hidden notebook in his file cabinet. If the message it contains is true, the man convicted of a local murder thirty-six years ago is innocent, and the real murderer is walking free.

Matty must decide if she is willing to uncover the truth, whatever the cost to herself and those around her.

If that wasn’t enough, there’s trouble afoot in their little country church where Matty’s friend, Willa-Mae, is leading the charge to get things back to the way they were before the new pastor arrived with his new ideas.


Get to know the setting of Sleeping Dogs: the fictional town of Miller's Crossing, set in the rural northeast. 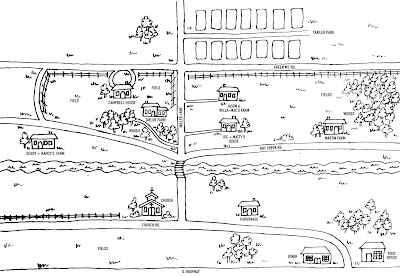 Chronicles of Miller's Crossing: Sleeping Dogs is available now in print and Kindle editions from Amazon.

Cover image and map of Miller's Crossing by Stephanie Savage.