My husband is one of those people who can do just about anything he sets his mind to. He was carpenter, plumber and electrician (Master Electrician by trade) when he built our home - not to mention tiling the floor, installing the cabinets and almost every other detail involved in finishing the inside. However, I think the thing he has enjoyed doing the most is building hot rods.

He worked on an old car when we were in high school, but it wasn't until our boys were teenagers that he had the time and resources to really pursue his passion. Together they have made something beautiful out of rusted old cars and trucks. 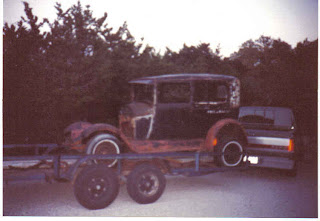 This is an old 1929 Ford Sedan that he and our younger son found through an ad in the paper. It was living in a field - masquerading as a chicken coop. When they looked at it they didn't see a rusty useless piece of junk; they saw the possibilities. And so they brought it home. 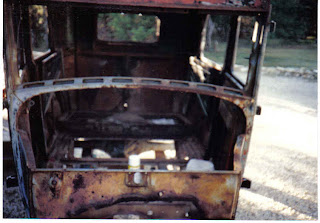 It would have done little good to do a bit of repair work and slap a coat of paint on this poor old dear. In order to transform it into the hot rod of their dreams, they first had to tear it all apart.
They painstakingly sandblasted every bit of the rust and then began to primer and paint each piece. 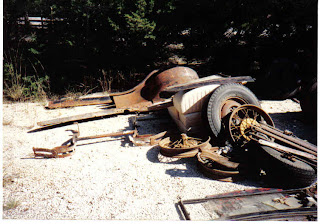 They didn't have a fancy paint booth where they could paint and dry the parts, so they had to improvise. They painted outdoors and then hung them between two trees, rather like Monday morning's wash. 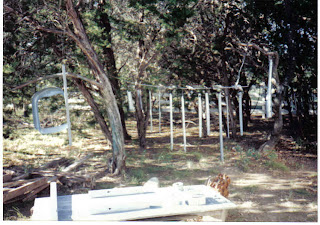 Then they carefully began to put the pieces back together. 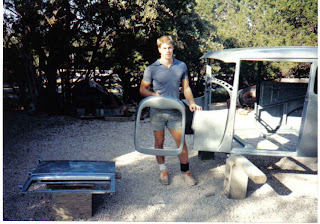 After months of hard work they realized the dream. The transformation was complete (and that was one happy teenager!). 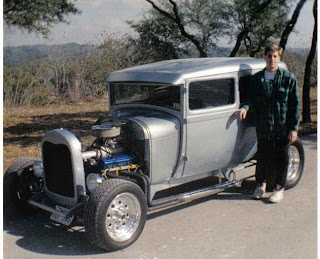 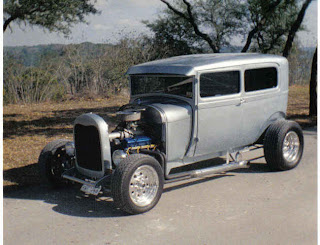 I was thinking about those hot rods the other day - about what it really meant to take them from rusted, useless old cars to something so beautiful. I saw an analogy with what the Father does with my life.

He is not content to do a quick fix - spiffing up the outside so I look good. Instead He works with infinite patience and care on every detail of my life - beginning on the inside where all the scars and stains, if left untreated, would eventually make their way outward to mar the work. He is far more interested in doing a complete work than hurrying to make me look better.

I am thankful that He loves me, loves each of us, in such a complete way. He has a dream for us and is willing to do the work involved in making it come true. It is a long process, but the end result is transformation beyond anything we can imagine.

"For I am confident of this very thing, that He who began a good work in you will perfect it until the day of Christ Jesus."
Philippians 1:6

I am also thankful for:
- the prayers of friends
- His care of my Dad (another story for another day)
- beautiful, blue sky so brilliant it almost hurts your eyes
- phone calls from Paris
- hot chocolate with whipped cream
- a granddaughter who loves to play the violin
- red holly berries set against a brilliant blue sky
- walks with friends
- a husband who does the dishes for me
- cinnamon scented candles