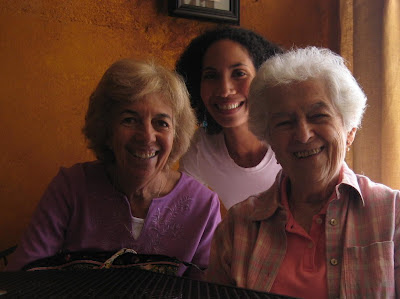 I think we have seasons of our lives. In our youth we are often just too busy with the "business" of living. We don't have the time to pursue the "dream". However, the day comes when we do have the time. The nest is empty. There is more time to begin that pursuit. I thought it would be encouraging to see what some people accomplished in their later years:


Winston Churchill wrote "A History of the English-speaking Peoples" at age 82.

Katherine Pelton swam the 200 meter butterfly in 3 minutes 1.14 seconds, beating
the men's world record for the 85-89 age group by over 20 seconds.

Pablo Picasso was still producing drawings and engravings at age 90.

Albert Schweitzer ran a hospital in Africa when he was 89 years old.

Margaret Ringenburg flew around the world when she was 72.

Alice Porlock of Great Britain published her first book "Portrait of My
Victorian Youth" when she was 102 years old.

It is never too late to do the thing God has placed on your heart!

This is a repost from 2007. I find it appropriate for two reasons, one that sort of  builds on the other. The first reason is - I am officially old. At age 65, I am listed among the ranks of the elderly (came as a shock to me too!). The second reason is - I am working on the thing God has placed on my heart.

I am going to repost some posts for a couple of weeks so that I can work on the dream. The little book is growing. I don't know what will become of it. For now it is enough to just to do it. It brings such joy. I am surprised by the joy.

If anyone would like to do a guest post here, I would love that. The only stipulation is that it is a good fit for this little place. Just let me know.