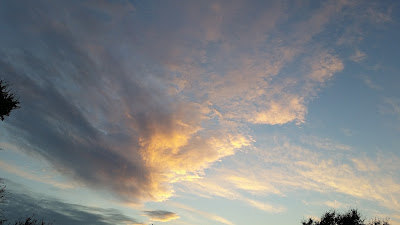 Once upon a time, in a distant land, there lived a solitary man. The land itself held all the beauty and bounty one could imagine. The home in which the man lived lacked nothing. It was filled with every comfort his immense wealth and unlimited power could buy. Yet contentment eluded him. Something was missing.

Before beginning, he gave much thought to all the attributes he would incorporate into this living being. Knowing there would be limitations as to how many he could fit into one heart, he chose carefully.

He had nearly finished the work when a troubling thought unsettled him. If this person were to be a true friend, shouldn't he have a will of his own? Shouldn't he be able to decide for himself if, indeed, he wanted to be his companion? And what if, after all he had gone through, the person decided he didn't like him? Wouldn't that be terribly hurtful?

After many long walks and sleepless nights, he decided the only right thing to do would be to give him the ability to choose. After all, love wouldn't mean very much if it came without choice. And so he set to work.With great care he fashioned a friend - one filled with all the traits most suited to him … and with a free will.

For a time, it was just as the man had hoped it would be. He and his companion became close friends. His life was filled with the love and fulfillment he had longed for.

However, the day came when he noticed a change in his dear friend. He couldn't quite put his finger on it, but it seemed as if something had come between them. Their conversations lacked their usual depth and openness. When he called on him, he was often too busy to visit. He began to feel as though his friend was avoiding him.

This went on for some time, until the man decided he could no longer avoid facing the problem. He knocked on the door of his friend's room and stood waiting with rapidly beating heart. There was no answer, so he gently turned the knob and opened the door. The room was empty.

He saw a note lying in the middle of the bed. With a sinking heart he picked it up and began to read:

"When you find this note, I will be far away. I am sorry. I didn't mean to hurt you. But, you see, I haven't been the sort of friend you wanted me to be. I've done some things you never would have wanted me to do. You created me with such wonderful gifts and talents, but I haven't used them well lately. I have failed you and am no longer worthy of your love. Thank you for all you've done for me. I do love you."

He crushed the note to his heart. "So this is what has become of the gift of free will." He sank down on the bed and wept. After a time, he looked down at the note in his fist. He unfolded it, pressing it flat against the comforter. "I love you." The words pierced his heart. He got up and walked outside.

Possessed of great powers, it wasn't difficult for him to discover where his friend had taken himself. With great speed, he went after him. When he was just a little way off, he called his name. At first he continued to walk along the rugged path he had chosen. The man called again. This time his dear companion stopped and turned.

The man began to walk rapidly toward him, arms opened wide. After a few hesitant steps, the friend began to run. He ran straight into the waiting arms of the man, crying out his remorse.

The man held him tightly and whispered into his ear:

"It's all right. I gave you much, it's true. I placed all of the things I knew were best for you deep into your heart, but when I gave you your free will, I knew there was a chance you might not use them well. I looked ahead and knew this day might come. If you choose to come back, all will be well. I planned for this day, and for other days like them that may come. I can take even the things you see as failure and make something good of them. I will never stop loving you. I just need you to return to me."

Arm in arm the two friends walked the road toward home.