Epiphany:
"a sudden, intuitive perception of or insight into the reality or essential meaning of something , usually initiated by some simple, homely, or commonplace occurrence or experience."

I had an epiphany the other day. I saw with startling clarity, right there in the middle of the mall, the reason for the dryness of my soul. I've been trying to put it into some sort of understandable order ever since. I'll write about it soon. For now, I thought I might just catch up with you a bit. It's been nearly seven weeks since we've chatted.

During that time, my husband, son, and daughter-in-law celebrated birthdays; we took a long road-trip to eastern Tennessee; visited family in Dallas; and welcomed a little Grandson into the family.

We had a great time with the kids and grands when we visited them at the end of June. Texas summers being what they are, we did lots of indoor things. Bowling, games and stories. The grands love to hear Papa tell stories about his experiences growing up. As one of five boys, he has lots of things to tell. Most of the time he has them roaring with laughter. Even those things that seem a bit awful at the time take on an element of humor with the passing of time. After all, if you didn't die when you got caught in the whirlpool it makes for a great story! 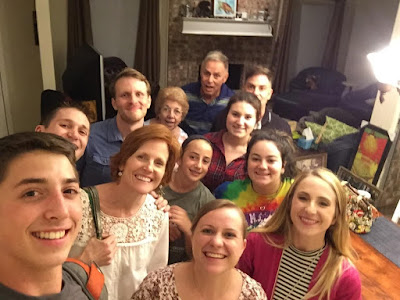 In July we took a road-trip to a state park near Knoxville, Tennessee. We tried our best to stay off the major interstates - taking our time and enjoying the scenery. Once the mountains make an appearance it is simply breathtaking for us. We do have hills where we live in Texas, but they pale in comparison (just saying). 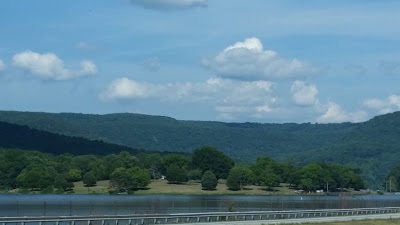 I love driving through small towns. Growing up, we lived just outside of New York City. It was always exciting to take the train into the city and go to a show or museum or just walk busy sidewalks, but I am a country girl at heart. I didn't realize it until I visited the small town in upstate NY where we eventually settled. Something moved in my heart, a sort of settling peace, when I saw the farm houses, endless  fields of corn, and cows grazing in the pastures. 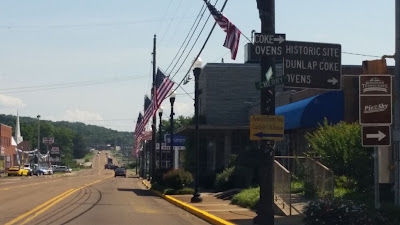 We drove all that way to see these guys. Three of my husband's brothers and their wives met us there (and two nephews and their families). It is always such fun. They immediately slip right back into their birth order roles - the youngest one still the brunt of all the teasing. It had been way too long since they last got together, and we all missed the Montana gang. They weren't able to make it. We all resolved to try to do this more often. However, next time we'll find a place where the cabins are not quite so rustic (as in no a.c.). 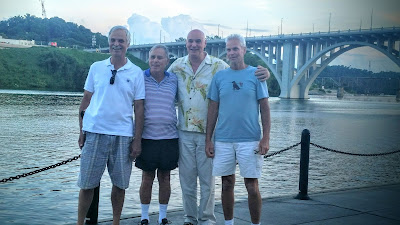 On the Fourth of July, our younger son celebrated his 44th birthday, and our oldest grandson got engaged. I can't understand how this is happening! When did everyone get so old?

Said grandson and his darling fiancee came to visit us for a few days last week. They are an absolute delight. Grandchildren are one of those blessings you could never anticipate. When they're little, it is so precious. And when they're grown up - just amazing. You look at them with wonder and gratitude and thank God for His immeasurable grace. 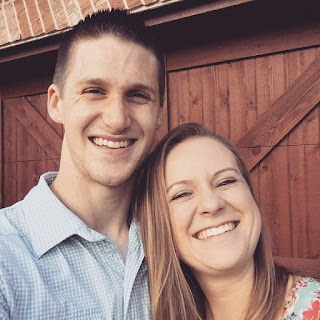 Speaking of precious, little grandchildren. Our daughter and son-in-law welcomed their first little one into the world on July 20th. He is totally adorable and every other sweet adjective you can think of. They live far away - across a vast ocean - but we've been able to Skype a few times already. And they're coming for Christmas!! 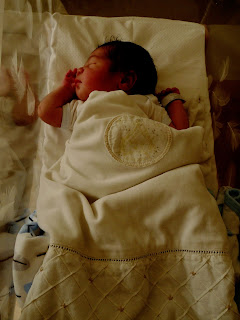 On that same day my Aunt Louise passed away - the last of my Mom's siblings. She celebrated her 100th birthday last January. One life ended and a new one just beginning. So it goes - all of our days held in the hands of One who loves us and has numbered them according to His good plan.

Steve had an eye check-up with the retina specialist last week. The minute we walk into her office, I get that weighted feeling in the pit of my stomach. I sit praying while she fixes that light around her head and proceeds to look deep into his eye.

"It's looks wonderful!" I can finally breathe. We are so thankful.

There have been some hard days too. Those days when you dread the morning and stay in bed as long as possible - trying to ward off the coming day. Because you know it will be a day filled with anxious thoughts and fears - the ones that persist in spite of the prayers and best efforts to find peace and rest -and because all the worst things just might come true. That's kind of where the epiphany comes in.

We'll talk about it next time.