When We're In Over Our Heads 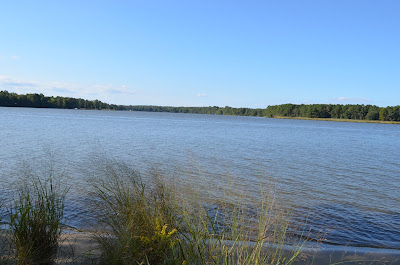 Blue sky and sunshine - a perfect day for the long anticipated picnic. It would be a day filled with fun, family, good friends and games. Everyone looked forward to watching the competitive games - everything from foot races to dances - but first the waters of the lake beckoned.

The two young girls, one a little less adventurous than her younger friend, finished helping unload the packed cars, grabbed fuzzy beach towels and ran toward the glittering water. They squealed as the chilly water enveloped them. In spite of her lack of swimming proficiency, the smaller girl pushed out toward the deeper water - her friend following reluctantly in her wake. They flailed their arms as they walked forward - splashing water at each other, laughing and shouting.

In a single moment everything changed. The older girl watched in stunned disbelief as her friend disappeared from sight. Unbeknown to either girl, the lake bottom dropped off sharply just a short way from shore. Heart pounding, she moved toward her friend as she resurfaced - thrashing wildly. Trying desperately to keep her footing, she reached for the struggling girl - but in her panic her friend grabbed her around the neck. She fought hard to keep from going under again, but all she succeeded in doing was to pull her would-be rescuer under with her. The older girl knew if she couldn't get her friend to calm down they would both drown.


To read the rest of the story please click on over to Laced With Grace.

Blessings,
Linda
Posted by Linda at 9:31 AM