The Village of Veritas 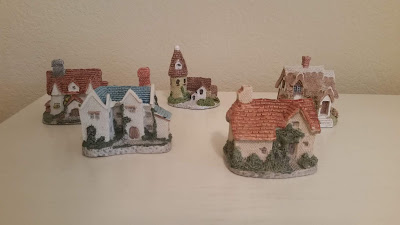 Imagine with me, if you will, a little village nestled beneath the protecting shelter of a magnificent mountain. Not many strangers found their way to this secluded spot, but once, many years ago, a Wise Person appeared seemingly out of nowhere to live, for a brief time, among the village people.

The Wise Person told them his visit would be a short one, but  a day would come when he would return to set up a perfect kingdom. It would be, he told them, a kingdom established in love and built on truth.

Day after day he walked among them, teaching them about love and the truths that must undergird it. Everyone grew to love him and most embraced his teachings. They hoped he would never leave them, for his wisdom and compassion filled them with a sense of peace they had never known.

However, the day came when he simply disappeared. A great sadness filled the hearts of the people, but they soon remembered his words and, with faith, began to live out the truths he had taught them - always cloaked in love. They waited, with great hope, for his return.

Generation followed generation passing down the teachings and truths of the Wise Person - for they had proven to be good and right. For many years it was so until, ever so subtly, things began to change.

Questions about the truths the Wise Person had handed down began to simmer just below the surface. Some felt that other interpretations might be considered - most often to accommodate their desire to do what they thought to be right. Some proposed the theory that truth was relative - depending on the circumstances or how you understood the context. Added to this, some believed it possible to ignore the truths altogether as long as the motivation was love.

It didn't take long for the whispers to become loud voices and for a great many of the villagers to come around to this new way of thinking. Things once known to be wrong gained acceptance until it became difficult  to recognize the truth. Love became the by-word and the license to distort what had once been so clear. Those who had never known the teachings of the Wise Person suffered most under the well-meaning guidance of those who said they loved them.

For his truth would not change, and he would be coming back.

"Little children, let us not love with word or with tongue, but in deed and truth." I John 3:18

"As a result, we are no longer to be children, tossed here and there by waves and carried about by every wind of doctrine, by the trickery of men, by craftiness in deceitful scheming,  but speaking the truth in love, we are to grow up into all aspects into Him who is the head, even Christ."
Ephesians 4:14-15