It Will Be Well 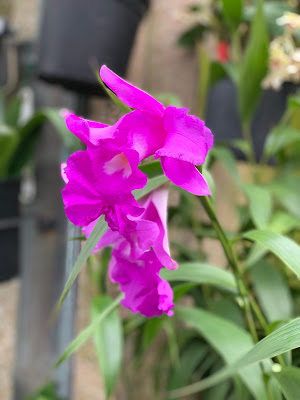 She is described as a “prominent woman, but her name remains a mystery. The prophet Elisha often passed by her home on his travels. One day she invited him into her home for a meal establishing a pattern that continued for some time. Eventually, this gracious woman, persuaded her husband to build a little room for the prophet and his servant, Gehazi, so he would have a place to stay whenever he passed through their neighborhood.

Touched by her kindness, Elisha told Gehazi to ask the woman what he could do for her in return. She humbly refused his offer to mention her to the king or the captain of the army. She didn’t need to be known or applauded.

Gehazi pointed out that the woman and her husband, who was an old man, had no son. So Elisha called her to him and told her she would bear a son at that time next year. Almost too overwhelmed to believe such a promise she said, “No, my lord, O man of God, do not lie to your maidservant.”

Season followed season, and by the next year the Shunammite woman held a tiny son in her arms - a promise fulfilled.

One day, when he was older, the little boy went into the fields where his father was working with the harvesters.  While there he became very ill. One of the servants carried him back to his mother. She sat with him in her arms for a long time, but by noon her precious son had died.

However, the story doesn’t end there. The grieving mother carried him up to the prophets’ chamber and tenderly laid him on the bed. Then she went to her husband and requested a servant and a donkey to take her to Elisha. When her husbanded questioned her, she replied, “It will be well.” That was all. “It will be well.”

We know the story ended with Elisha coming and this precious child being raised from the dead. Surely an astounding miracle, but my eyes stray from the wonder of a little boy brought back to life to the faith of his mother.

“It will be well.” In the face of everything that cried “hopeless,” she believed. Through the prophet Elisha God had spoken a promise to her, and she had taken Him at His word. She couldn’t have known how it would end. She simply trusted He would help her.

I want to be like this nameless, faith-filled woman. Despite the circumstances, she rested firmly in the knowledge that God would make all things well. I love her faith. I love the One who sees us and promises to be with us no matter what comes into our lives - so that we too can say, “It will be well.”
Posted by Linda at 4:24 PM