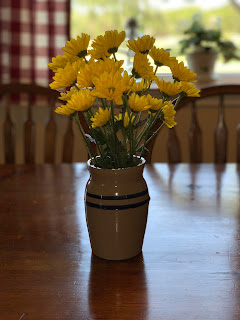 I heard a story some time ago about a bear that had been kept in a cage for many years. The cage was not large. Day after day he paced the small perimeter - never finding a way to the freedom he longed for.

A day came when the place where that confining cage had stood for years changed hands. The new owner looked with pity on the bear, watching him cover the same small area over and over again. He determined to set him free.

He found a place, a sanctuary, that would take the bear. He looked forward with great anticipation to the day the poor captive would be set free to roam the wide spaces of this new home.

The day arrived. The bear was transported to his new home. The door that had held him captive swung open. Gently, the owner coaxed him out into a new and unfamiliar world. It took some time. At last the bear stepped out into freedom, but to the dismay of everyone watching he began to pace off the dimensions of his old cage. Around and around the old limited life when all around him freedom waited.

Sadly, this is far too often a picture of our own lives. We find ourselves living within the boundaries created by our own mistakes and failures. Day after day we walk through the past hemmed in by shame and guilt. We long for freedom, but it eludes us, buried under the weight of our inability to forgive ourselves.

All the while freedom beckons. We have a Savior who, through His sacrifice, has made a way for us. His death paid the price for our sins. His resurrection freed us from the fear of death. Forgiveness, specific and complete, is ours when we ask with a repentant heart. It has no limit and demands no payment.

The truly miraculous quality of God’s forgiveness is His willingness to forget. He doesn’t carry a list of our transgressions to remind us of our past mistakes. Once forgiven they are absolutely and completely forgotten.

We no longer need to live a life crippled by the debilitating weight of past regrets. When we learn to forgive in ourselves what God has already forgiven, we, in turn, have the grace to forgive others. This is the way to step into the freedom Jesus purchased for us at so great a price. The freedom He longs to give us.

“For his unfailing love toward those who fear him

is as great as the height of the heavens above the earth.

He has removed our sins as far from us