I found them in the kitchen cabinet that has become the repository for all our miscellaneous “stuff.” They were hidden behind the plastic cup filled with old pens and pencils, waiting patiently for me to remember. Two packets of Morning Glory seeds trapped in their little paper envelopes.

The day I purchased them I had visions of a garden fence filled with green vines and glorious blooms. Now I planted them without much hope of ever realizing that dream. They had been neglected for far too long.


I tried not to look too often, but I couldn't resist checking on them every once in a while. Days went by with no sign of life along the little fence line.

One morning, after a good rain, I noticed tiny green spears sticking sticking out of the dirt. There weren't many at first, but each day there were a few more. Once out of the ground, they seemed to grow at lightning speed. With very little care, they were growing into sweet little plants. 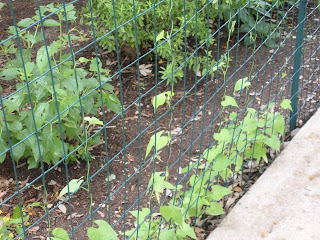 As they got a bit older, they began putting out long tendrils that reached for something to grab hold of. If I was going to have a fence filled with beautiful Morning Glories, I would need to get more involved. I began gently winding the little vines around the fence wires so they would know which way to climb. Left to their own devices, they would latch on to the closest thing and begin winding their way in a different direction. They were growing beautifully. They just needed a little guidance. 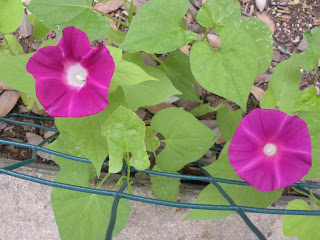 I find it so in my own life. There have been times I have gone off in a direction of my own choosing. Other things have looked attractive or were simply easier to follow.

Thankfully, I have a Father who gently guides me back to the place of blessing - the place He has for me.

"The Lord says, 'I will guide you along the best pathway for your life. I will advise you and watch over you.'"
Psalm 32:8