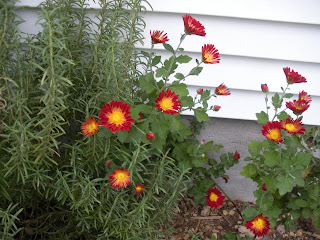 Hidden beneath the surface of an extremely shy personality, there was a little girl who wanted to be a star. In her own home she was a ballerina, but when her Mommy took her to dancing class she cried and wanted only to rush back to that place of safety. She wanted to be popular and out-going, but cried and cried for days when she had to go to kindergarten, sitting quietly alone and speaking to no one.

It seemed she just couldn't be what she so envied in others, but she could pretend she was. She could be Shirley Temple, singing and dancing in the confines of her own little room or a beautiful princess dressed in borrowed clothing.

When she got older, she tried desperately hard to be like the popular girls - but naturally curly hair just won't cooperate and stay straight, and making clever conversation was like speaking a foreign tongue. She pored over magazines, longing to look like the models pictured there, imagining that somehow she did.

Eventually she found her place in the hierarchy of her high school, coming out of her shell and participating in everything she could fit into her schedule - and then some. But there was always that longing to be like someone else - someone who seemed to be so much her superior. She spent long quiet hours, imagining that she was.

It wasn't something she outgrew in adulthood. It simply changed a bit. Instead of longing to be like someone she knew - or like one of the beautiful, gifted people she read about or saw on television or in the movies - her focus shifted to well- known Christian women. She would read about their lives and long to be just like them. Once again, she imagined herself to be something other than what she was - trying to pattern her life after theirs. It became a substitute for spending time nurturing her relationship with the Lord.

Somewhere along the way, the emptiness of pretending to be something she was not became too much to bear. She finally began to understand that she was special in the most important way that mattered. She was special to the Father. And not only special - but uniquely created by His own design. She began to feel more comfortable in her own skin - to live in the reality of who He had created her to be.

I am a grandmother now, and the days of pretending I am someone else have slipped away. However, there is, I have found, still that temptation to look at the lives of others and long to be just like them. It subtly creeps in when I read blogs written by women whom I cannot help but admire. There is a longing to be more, to be better, to do better - to be like them.

Once again the Father gently reminds me that He likes me just fine the way I am. Certainly there are things to work on - and that longing is good as long as it is not born out of a need to be just like someone else or to gain the approval of others. When I long to be more like Him, to be fully all He intended me to be, He draws me to Himself and says, "Yes."

P.S. This was a difficult one to write, but I couldn't seem to get away from it.
Posted by Linda at 1:49 PM