On November 10, 2006 I celebrated my birthday with the good news that after two years on the market we finally had a buyer for our house. I was so excited I even wrote a post about it.

Two months later that celebratory post was followed by this one. To say we were disappointed would be a huge understatement.

We continued to pray that the house would sell. There were times when I told the Lord that unless He directed otherwise, I was going to unpack every single box (I had unpacked some) and assume He didn't want us to move. And every time, someone would show up to view the house - a gentle whisper to keep waiting.

And praying....praying open-handedly, wanting more than anything else His will.

At the end of July we got a call from our indefatigable real estate agent. There was a couple that wanted to come and see the house. We have learned to temper our excitement, but, honestly, it is hard to not hope just a little.

They came; they looked; they left. Same old story.

But....on July 31st they made an offer on the house, and a week later we had come to an agreement. The contract has been signed. We are still pinching ourselves.

We are also still praying fervently for the Father to go before us. I don't think I'll truly rest easy (a testament to my tendency to worry) until the end of the month when we have the closing.

In the meantime, we've picked up where we left off four and a half years ago. Our builder kindly kept our plans on hold. Our five acres is patiently waiting for us. We are moving forward.

I cannot tell you how grateful we are. Not too long ago my husband was talking about prayer and questioning how long we should pray for something when it seems that nothing is happening. As so often happens, a short time later we heard a sermon that answered his question. As long as the Lord hasn't given a definite "no" - keep praying. He continued to pray daily for a buyer for our home.

When I think of all that is going on in this world, the suffering, the heartaches, the sickness, the poverty, the injustices.... to see that He cares about the seemingly insignificant things - our dreams and desires - is overwhelming. His love is unfathomable.

Truly, if He never gave me another thing, He has already given me far more than I could ever deserve - priceless treasures of eternal value. But He delights to give us good things. He is so very good.

Soon we will say good-bye to this dear place. I have lived here longer than any other house - twenty-eight years. It has held us in its embrace through times of joy and sorrow. It is filled with precious memories. 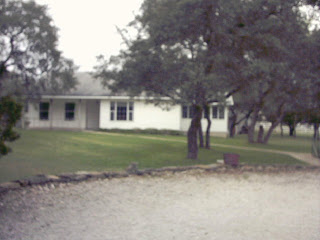 Another family will fill its rooms with life and love, and we will begin to make memories in a new place.

Thank you for your prayers - your faithful prayers. It has been such a long journey, and you have encouraged  and blessed me with such love. I never could have imagined, when I began blogging five years ago, the rich blessings that would come with it. Some might wonder how blog posts could possibly foster relationships. We have come to know that, far more than words on a screen, something special has happened here. We have become dear friends in every sense of the word.  We share from our hearts and are bound together with cords of love and faith. My life has been greatly enriched by you.

linking to Ann's gratitude community
Posted by Linda at 8:24 PM