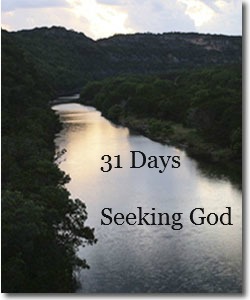 We faced each other across the table, sipping coffee and speaking of deep things. We've had this conversation many times before. I always pray it will go differently. It never does.

"I believe in God, but I don't believe He's interested in everything that goes on in our lives. He's just sort of out there and doesn't get involved with what goes on down here."

How I long to convince him otherwise. The truth is, God is very interested in everything about us and is actively involved in our lives and world. He knows each of us intimately, and He wants us to know Him as well.

I often want to complicate the simple. After all, if I don't have to work hard at something how valuable could it be? The Father calls me to the simplicity of faith with the assurance that, although He is far above me in every way, He wants to be known by me. I don't have to jump through a complicated set of hoops. He tells me that He is easily found.

"So let us know, let us press on to know the Lord.
His going forth is as certain as the dawn;
And He will come to us like the rain,
Like the spring rain watering the earth."
Hosea 6:3

We press into Him, and He promises to come.

In the next several days we'll talk about ways that we can know Him. Nothing complicated or difficult. When I began thinking about this topic I expected to find all the ways it was so hard to truly step into the presence of God. I have found it isn't so.

So....nothing deep. I'll leave that to others. Simple obedience, which in and of itself can be excruciating at times. But nothing His grace cannot carry us through. 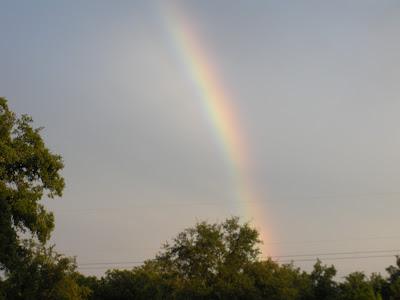