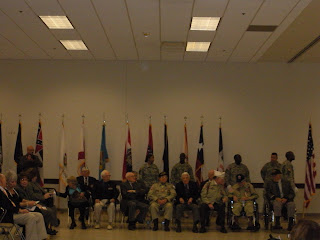 "The Legion of Honour was established to recognize extreme merit by French citizens in either military or civilian life. The Award is also authorized to be presented to select foreign nationals who have served France, including some allied combat veterans who fought on French soil.

Friday, Feb. 1, 2013, was a long anticipated day. At eight o'clock that morning, two cars pulled out of the driveway to begin the long ride to Ellington Field in Houston. My Dad, along with ten other WWII veterans, was being honored at the French Legion of Honour Ceremony.

It is hard to put into words the emotions of the day. The respect and honor shown to these men and one precious woman (she served as a nurse) was so touching. The individual stories were deeply moving. The outpouring of gratitude was heartfelt. It was a very special day. 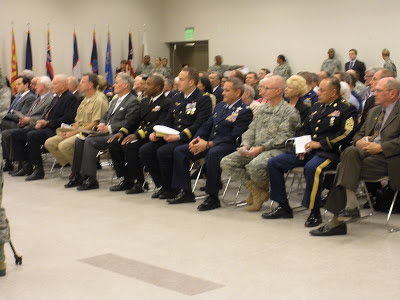 Some of the dignitaries who attended the ceremony. 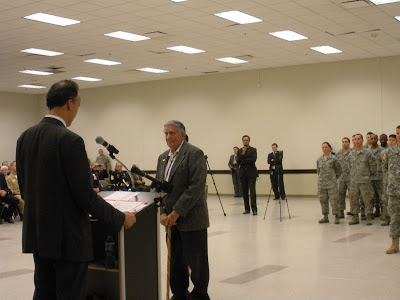 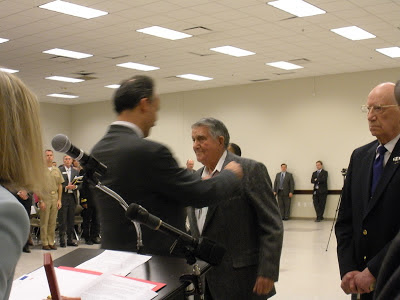 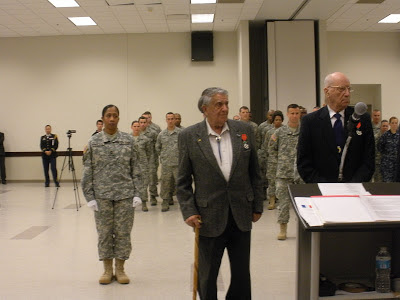 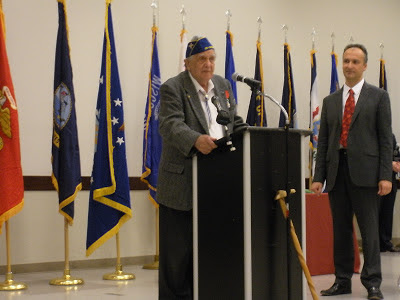 We finally talked him into putting on his cap (Mom was quite persuasive). Here he is giving thanks in return to the young fighting men and women who are serving today. 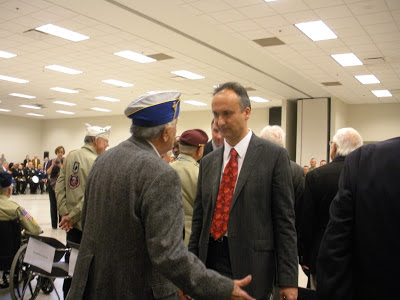 After the ceremony the dignitaries came to speak with the veterans. Here is Mr. Bontems. He couldn't have been more gracious. When I asked him for a copy of his speech (because Mom is very hard of hearing and didn't get to hear it), he reached into his briefcase and gave me the original. 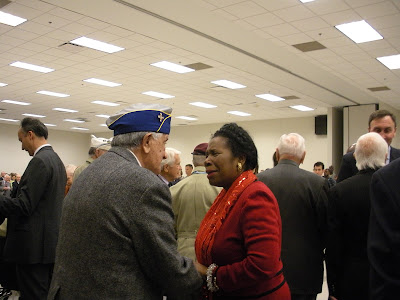 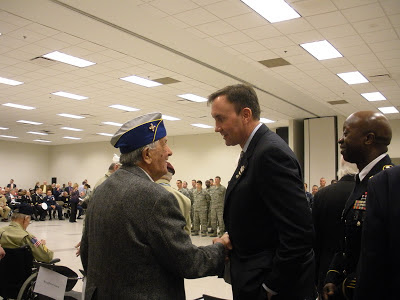 A congressman whose name I somehow didn't get (my apologies). 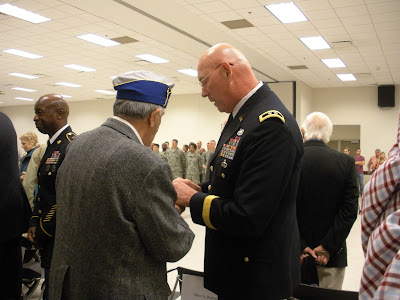 Major General Jimmie Jaye Wells presenting each of the veterans with a special coin. 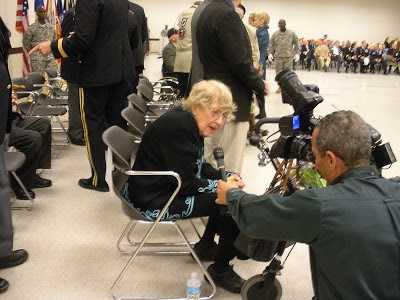 Here is Johanna E. Butt being interviewed. Isn't she just darling? She was as sweet as could be. 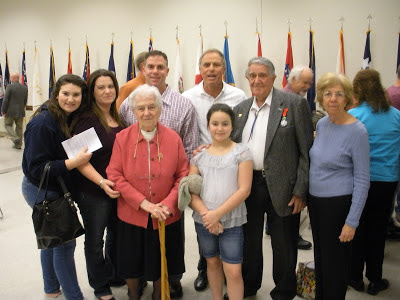 Here we all are - the proud family! 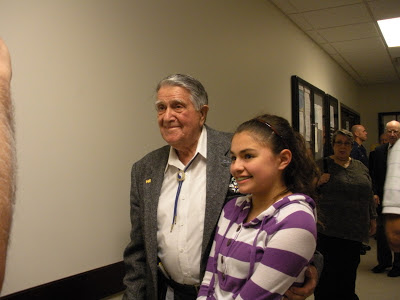 This sweet little girl just wanted her picture taken with a hero. 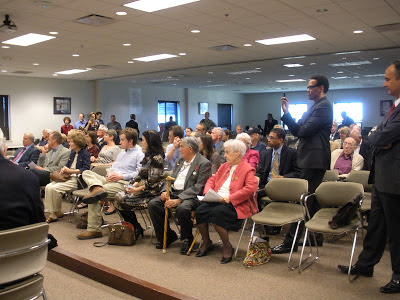 And this picture is just for fun. There was a second ceremony in another room. All of the veterans were seated on the stage - all except for my Dad. He said he felt like a pet monkey sitting up there! Which all goes to explain why although he served with absolute courage and received several medals (which he refused to wear to the ceremony) he was busted from Sargent to Private on three separate occasions.

We love you dearly Dad and are so very proud of you and Mom - who waited faithfully for three long years for the soldier she loved. (They will celebrate their 67th anniversary on Sunday.)

There you have it - Dad's special day.

P.S.  Please excuse the poor photography. I really do want to learn to take good pictures :)