I pass the bank, check the time and begin the circuit for the fourth time. Triple digit temperatures have driven us indoors. The heat seeps into the early morning hours and doesn't begin to recede until the stars come out. So although I really don't like walking in the mall, it seems the better part of wisdom for now. 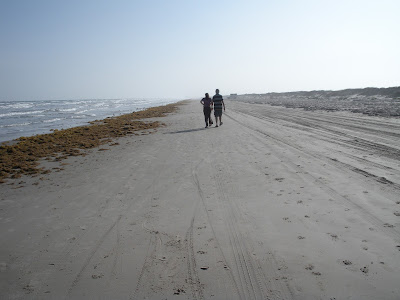 I pass the same stores with the same displays over and over again. It is dizzying....and boring. I do love watching people, however, and there are just enough of them around this not so popular mall to satisfy my imagination. For I don't just like watching people; I like to write their stories in my mind.

For instance, there is the elderly man who has been working on painting a display wall for days. He is slow and methodical. I imagine he is long past retirement age, but some financial misfortune has forced him to take this back-breaking job. He never smiles or makes eye contact, although he did acknowledge my husband's greeting once. I think he is sad and a bit lonely. He probably goes home to an empty house.

The young guy at the hobby kiosk looks bored to death. He plays with a remote control car and keeps his head down. I wonder how he ended up with this job. Maybe he takes college classes in the evening. On one of our circuits I notice him sneaking little looks at the pretty young girl working in the hair kiosk. I wonder if he's thinking about asking her to have lunch with him. I hope she says yes. He looks nice. Oh, but what if she already has a boyfriend? He'll be so disappointed.

I've seen him twice now. If anyone could be described as "a long drink of water" it would be him. He must be at least 6' 5" and thin as a rail. His wide-brimmed cowboy hat is pulled way down over his eyes and he carries a soft drink in his hands. Is he looking for companionship? I once saw him try to start a conversation with a girl on the escalator.  I though at first he knew her, but I saw her on the next turn around the mall, and she was alone - talking on her cell phone. I imagined she was telling a friend about the weird guy who tried to pick her up (you never know).

For some reason I felt like crying when I saw her. She walked with purpose, eyes straight ahead, high heels clicking on the tile floor. Her shorts were barely there and the top far too revealing. I didn't like to imagine her story. I don't think it was happy.

This imagining people's stories is something I do all the time. I have to laugh at myself, though, because I'm sure my stories bear very little resemblance to the truth. In fact, on the rare occasion I somehow learn the true story it is a far cry from my imagined one.

I think there is a part of us that wants our stories to be known - at least in part. There is no joy in feeling anonymous and alone - as though no one cares where it begins or ends.. I think of that as I watch them go by - anonymous to me but never to Him.

The Father knows every story - sees every heart, hears every thought. Every face I see in the cars that whiz past me is familiar to Him. Every, single, solitary person is known. You are known. You are loved.

Joining Jennifer with other story-tellers: