The gentle warmth of the morning sun slowly turned icy patches into puddles. She pulled on a light jacket and headed out for a walk. The wind carried the memory of yesterday's freezing temperatures. She tugged her sleeves down over her cold hands.

She had gone only a short distance down the little country road when it happened. 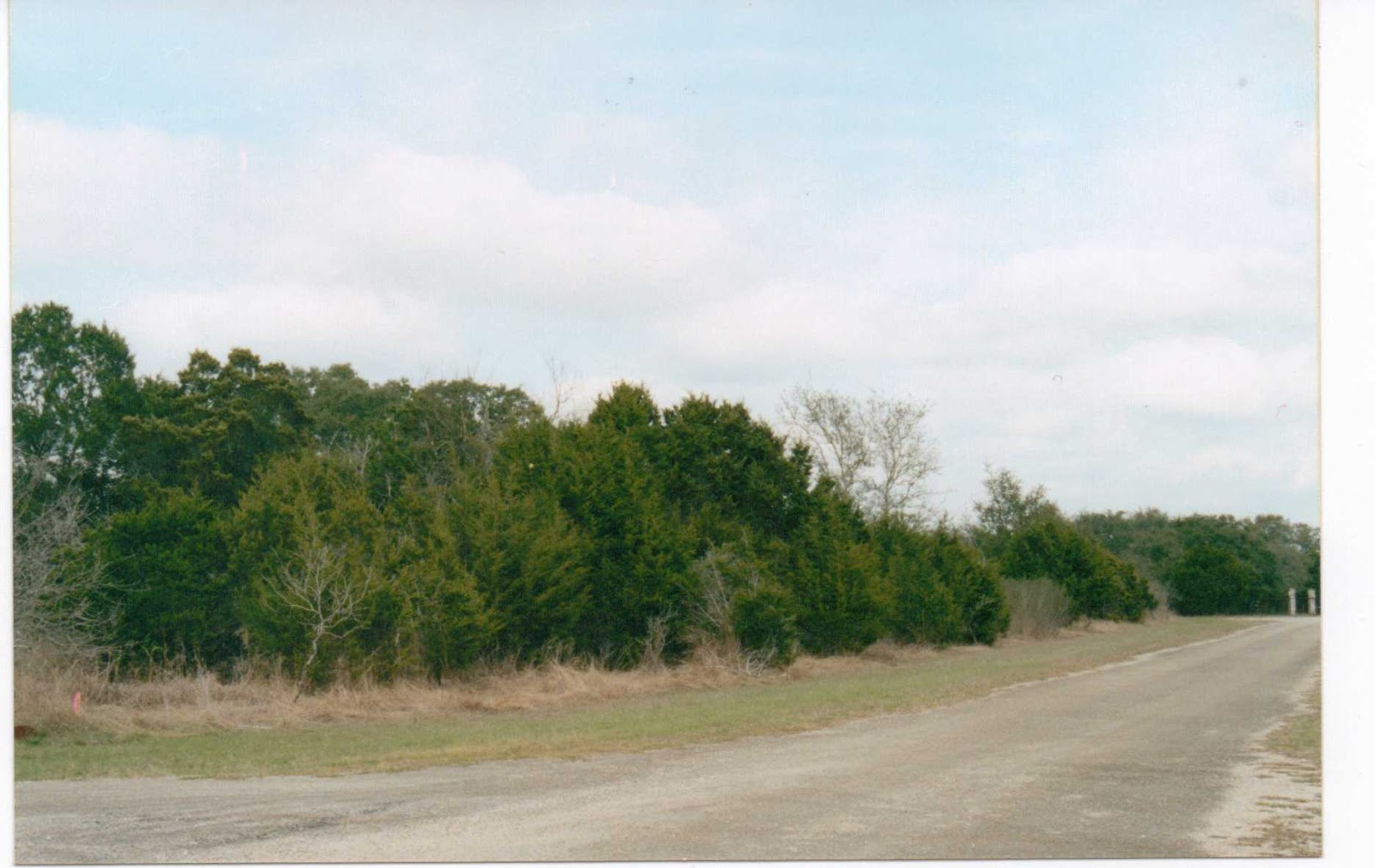 Her sock began to work its way down inside her tennis shoe. She hated it when that happened but tried to ignore the increasing discomfort. Now it crumpled around her toe and became painful. Mumbling under her breath, she reached down and pulled the offending sock up.

She hadn't gone 100 feet before it had worked its way right down to her arch again. She considered taking it off altogether but thought better of it. Gritting her teeth she continued her painful walk.

She forgot her discomfort for a moment when she saw her shaggy friend Julie standing by the fence. 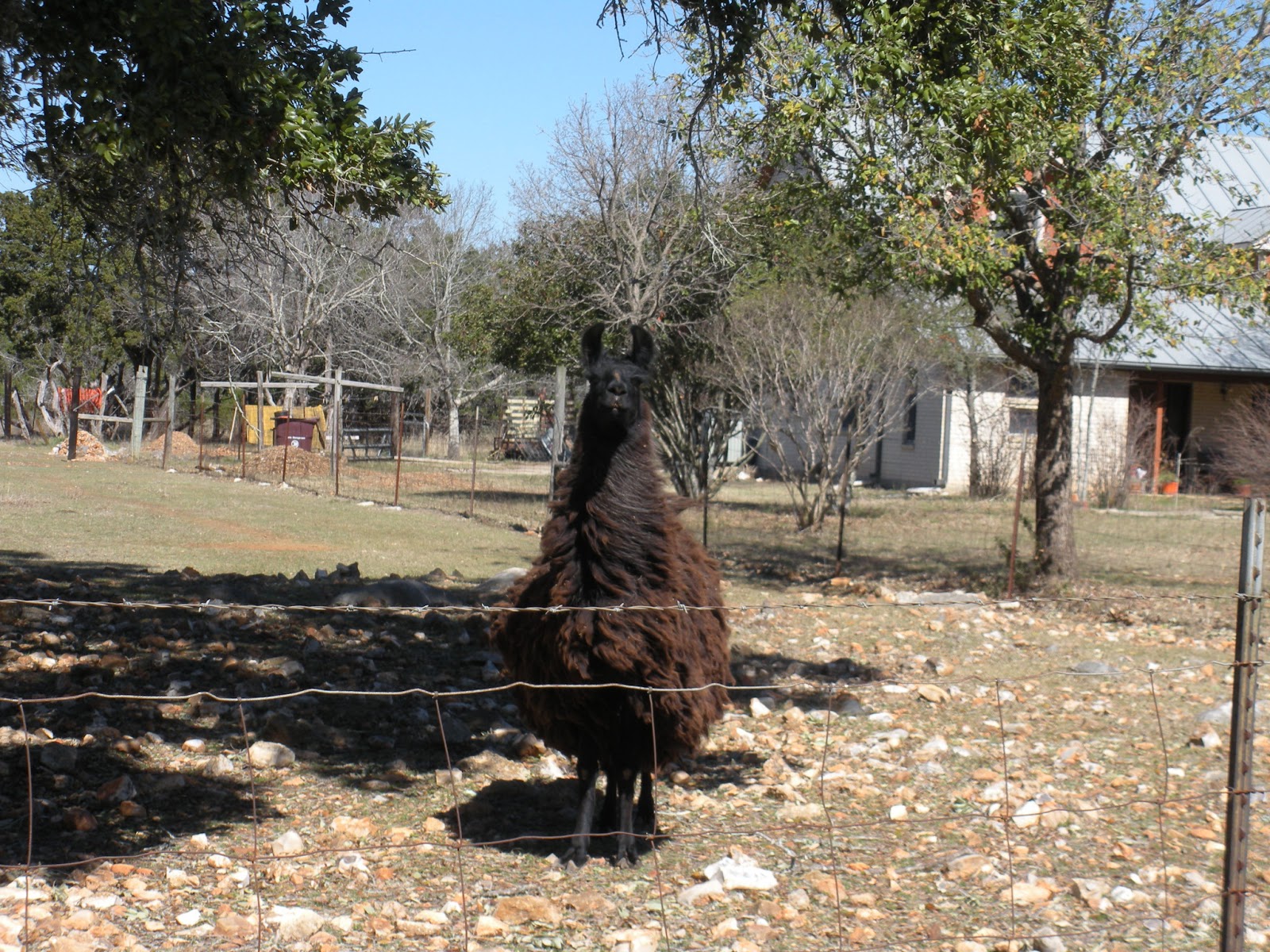 The little llama often stopped grazing long enough to amble over to the fence to gaze at the funny people walking by. Hard to resist those elegantly lashed eyes.

Now her walk took her around the corner, the silly sock a constant annoyance. She looked up. Not a cloud in the brilliant blue sky. The sound of the ocean reached her - little sandpipers calling to each other. They skittered across the dormant grass as though they were back on coastal beaches.

Up a little incline, around the curve and there they were. 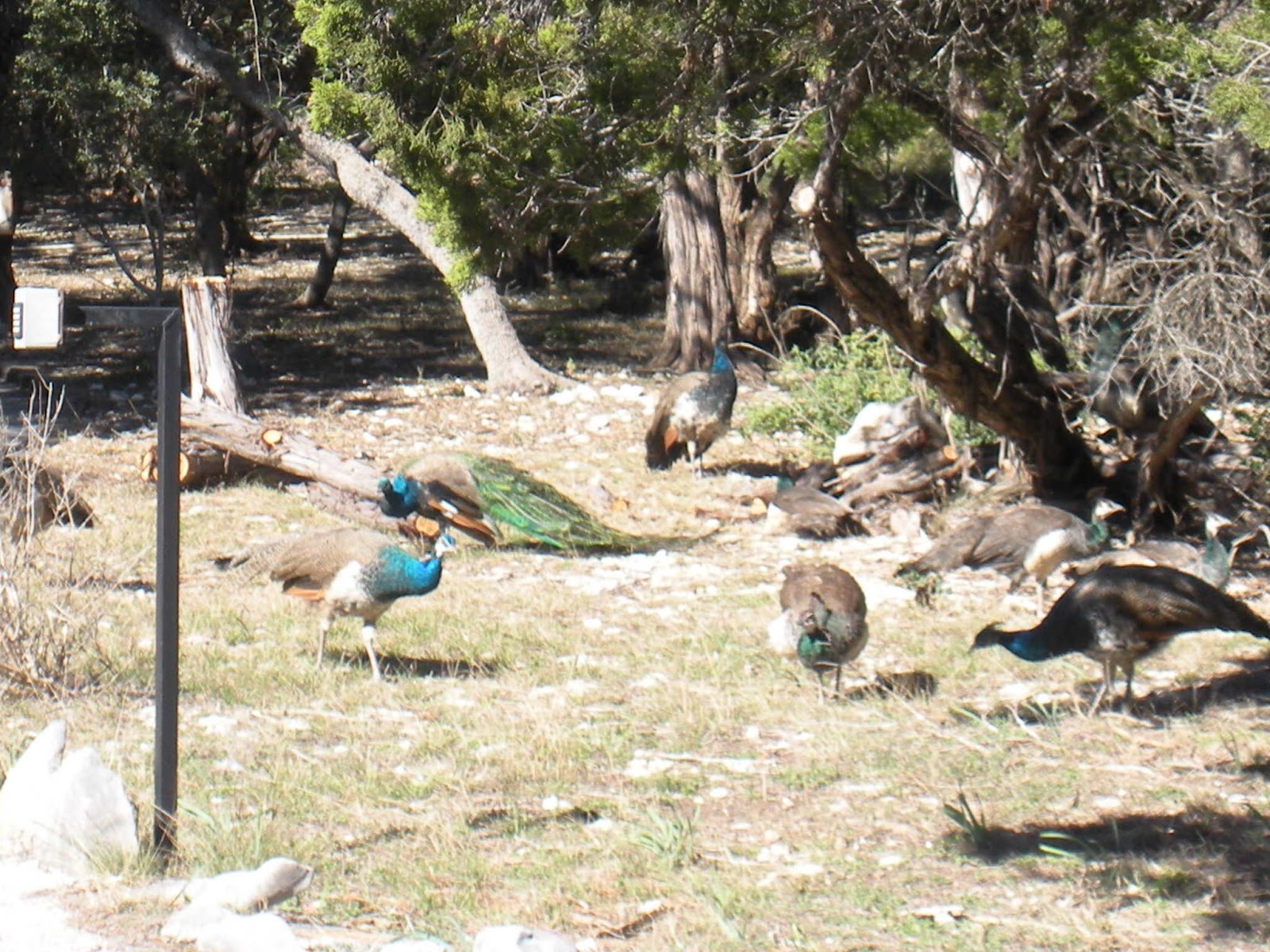 Coaxed out of their pen by the sunshine, the peacocks were strutting their stuff. They hunted and pecked, oblivious of their magnificence. She stopped. Impossible to simply walk past such beauty. No painters' pallet ever contained colors exactly like these. 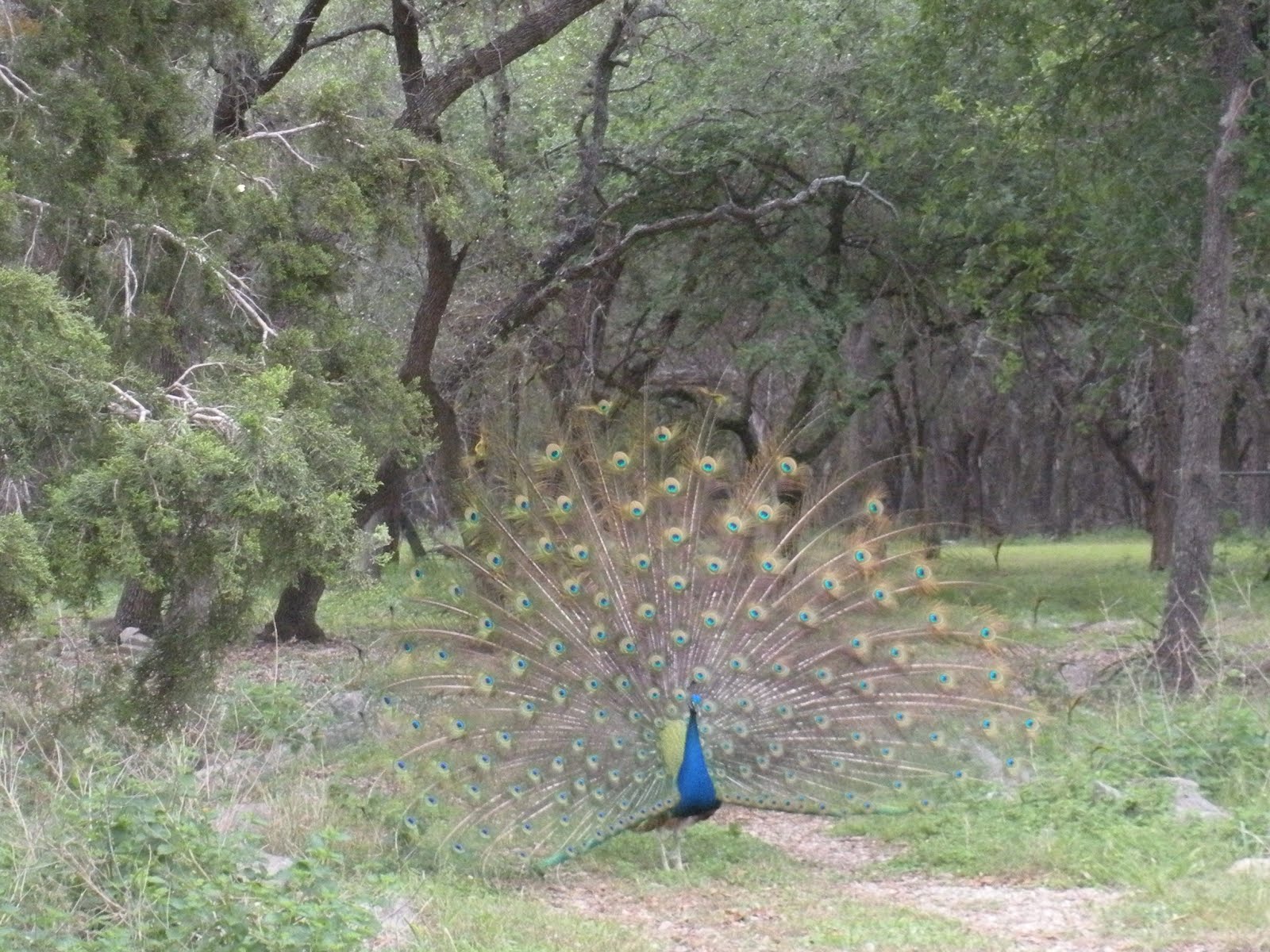 "Oh Lord," she whispered. "Your creation is absolutely amazing."

She continued her walk - down another street and then toward home. She had almost reached the corner when she realized she had completely forgotten her sock-induced pain.

"It's true," now she spoke out loud. "Whatever you focus on increases."

She made the turn into her driveway. "Keep me focused on You, Lord."

You can click on the pictures to enlarge them :)
Posted by Linda at 2:20 PM