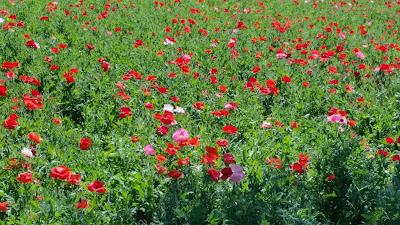 "When the apostles returned, they told Jesus everything they had done. Then He slipped quietly away with them toward the town of Bethsaida. But the crowds found out where He was going, and they followed Him. He welcomed them and taught them about the Kingdom of God, and He healed those who were sick."
Luke 9: 10-11

Evidently Jesus had planned to get away for a little while - to walk quietly with His friends to the next town. They must have all been weary having poured themselves out in service. Jesus especially, had so little time to Himself - so few moments when there weren't constant demands from an ever growing crowd of people.

So they slipped away, and before they could begin to enjoy the peace and quiet they found themselves being followed once again by the crowds. Jesus could have refused to see them. He could have explained that He just needed a little time to Himself and would meet them later in the town. He could have gotten annoyed and sent them away.

He didn't do any of those things. He simply did what He always did - the will of His Father. This interruption in His day was not a source of annoyance to Him, it was an opportunity to minister.

I'm at Laced With Grace today. Love to meet you there!
Linda