The Conditions For Answered Prayer 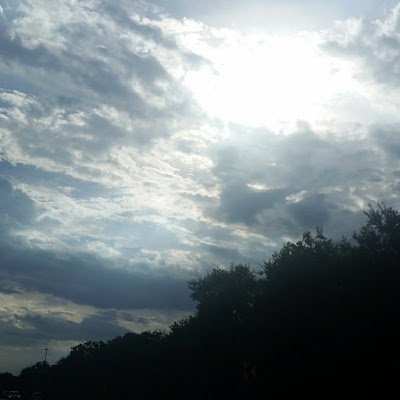 “If you abide in Me, and My words abide in you, ask whatever you wish, and it will be done for you.”
John 15:7

A little “parable” based on Pastor Doug’s sermon:

Imagine with me a kingdom ruled by a wise and loving king - a king whose compassionate heart longed to have meaningful relationships with his people. His wealth made it possible for him to not only meet their needs but to fulfill the deepest desires of their hearts. All they had to do was ask.

Of course certain reasonable conditions, recorded in the king’s book, had to be met before anyone could expect him to grant their requests. Even then, the king reserved the right to decide the way in which he would answer. His deepest desire was to do what was best in every situation.

One condition was foundational to all the rest - an intimate, growing relationship between the king and each petitioner. To facilitate that the king made himself available to speak with them whenever they wished, and each one had a copy of the book of wisdom he had written for them.

There was a young man who had worked in the king’s garden from the time he was a little boy. They knew each other well. One day, the young man asked the king if he might help him to get a better job. He explained that he would be getting married soon and needed to earn more money. The king happily agreed. Within a short time, the young man was promoted to the position of chief gardener. He thanked the king profusely and promised to keep in close touch with him.

Months passed. The new responsibilities kept the young man very busy, and he found it difficult to carve out time to visit the king. The longer he put it off, the more difficult it became. Before he knew it, years had gone by without his having spent any time at all with the king.

The king missed him and occasionally tried to make contact with his young friend. The silence made his heart ache with longing.

There came a time when the young man found himself in need of financial help. He and his wife had several children by now and the youngest was often very sick. Bills for the doctor and necessary medicines mounted up, and he could see no way out.

At his wife’s urging he decided to go to the king for help. After making himself presentable he walked to the king’s home. Slowly he made his way into the vast castle hall - his footsteps echoing off the great walls. A guard approached him and gruffly demanded to know what he wanted.

He explained that he and the king were friends, and he had urgent business to discuss with him. The guard instructed him to wait and walked through the massive doors into the king’s chambers.

The waiting was excruciating for the man. Over and over he reproached himself for having neglected the one who had shown him such love. It seemed hours had passed before he heard the creaking of the doors and saw the guard approaching.

Broken-hearted, the man turned to leave. The guard gently tapped him on the shoulder. “There is a way back, you know.” With downcast eyes the man nodded.

“It will be up to you,” said the guard. “The king has not changed. His love remains.”

This precious promise supposes we will ask according to God’s will. We can only know that when we walk closely with Him - listening to Him, spending time in His word, getting to know His wonderful heart.