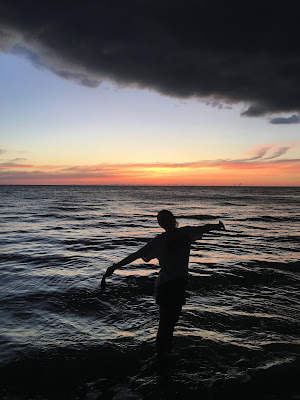 Matthew 6: 17-18  “But when you fast, comb your hair and wash your face. Then no one will notice that you are fasting, except your Father, who knows what you do in private. And your Father, who sees everything, will reward you.”

Eugene Eagle had a terrible problem. He couldn’t fly. For the first few months of his life he had done well enough with this flying business, but lately he simply couldn’t get off the ground.

One day, while taking a stroll along the seashore, he chanced to meet the Wise Eagle. Eugene had never spoken to him before, although he certainly knew about him. He ranked in importance only a little lower than the Eagle King. Eugene mumbled a polite greeting and stopped in astonishment as the great eagle spoke his name.

“Eugene, I have seen you walking here on the beach many times.  Why do you not fly like your brothers and sisters?”

“Oh -oh,” stammered Eugene. “I certainly would like to , but I can’t seem to manage it. I flap my wings ever so hard and nothing happens. I seem to be stuck to the ground.  I long to soar above the clouds like the others. I want it more than anything.”

“I couldn’t help but notice the gold chains you’re wearing on your legs, Eugene. How did you happen to come by them?”

Eugene perked up, for this happened to be his favorite subject. “I found them on the beach hidden beneath a rock  the very first day I flew from the nest. Aren’t they beautiful? I love them ever so much. I polished them and worked on them until they fit my legs perfectly.”

“Oh, a little I suppose. But they don’t bother me a bit.”

“Back to this flying business, Eugene. You say you want to do it more than anything. Have you spoken to the Eagle King about it?”

“I have. I speak to him every day. I love him, you know. I do everything he has commanded us to do.”

“Has he said anything to you about your chains?”

“Well, yes. He suggested (well perhaps it was a bit stronger),  I take them off.”

“I know he said that, but I don’t think he really means I have to - you know - actually get rid of them. After all, they are very dear to me. He understands. I told him I would do anything else he asked- but he hasn’t answered me.”

The Wise Eagle shook his head. “I think, my friend, flying must not really be that important to you. I am sorry for you.”

He spread his beautiful wings and effortlessly lifted off into the sky. As Eugene watched him go he felt a weight settle on his heart.

In the days that followed he couldn’t sleep, and nothing tasted very good. Even more disturbing, he could find no joy in anything. Even his precious chains seemed to have lost their luster.

After tossing and turning through another sleepless night, Eugene stepped out of his little house on the beach and stood looking across the vast ocean. As he watched, the sun began to peek over the horizon tinting the clouds with a rosy hue. Something in Eugene’s heart shifted. He bent down and loosened the chains from his legs.

At first nothing changed. He walked slowly toward the water’s edge and sensed a lifting of the heaviness in his heart. Gingerly he stretched out his mighty wings and fluttered them against the wind.

As the sun rose over the sea, Eugene felt his body lift and then he soared into the heavens.

Our good, good Father, as Pastor Todd said, loves helping you do the things you cannot do without Him. There will be times when, in the process, He calls us to do more than pray; to go deeper with Him; to be so desperate for Him and for breakthrough we are willing to give up something vital to us; to fast. His ways are far above our ways. We cannot understand every mystery, but we can know He will keep His word.
Posted by Linda at 7:58 PM