When I Don't Know What To Do 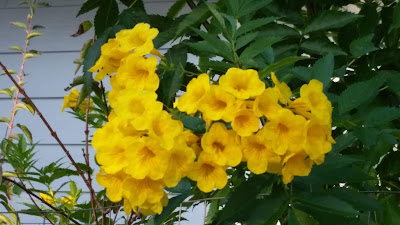 Over and over again in scripture we are instructed to worship the Lord. So often, in fact, that we may let the full meaning of it slip past us as we go about our ordinary days.

Jesus often spoke in parables - simple stories to illustrate a deeper spiritual lesson. So let’s borrow from the Master and use a simple story about worship.

John’s life was going along about as smoothly as one would expect. His marriage had weathered a rather difficult storm and was doing well. Their children were grown and gone with children of their own. John was looking forward to retirement when he could do more ministry work and spend time with his growing family. Yes, life was good, but as so often happens all of that changed in a moment of time.

In an instant, everything John held most dear was threatened. A simple phone call, the voice of his family doctor, the results of a routine test, and John’s world fell apart.

John began to cry out to the God he had loved and served nearly his entire life begging for mercy. Day after day, he fasted and prayed, and heaven remained silent.

Feeling hurt and betrayed, John turned away from God. He stopped praying and nursed the bitterness and anger that filled his heart. Why bother, he reasoned. It doesn’t make any difference.

Weeks passed, and John could hardly bear the emptiness he felt in his soul. He had come to the place where he knew he had to make a decision. He would either walk away from God for good or he would surrender his heart and his circumstances to Him.  He fell to his knees and prayed,

“Lord, where else can I go? Without You I have nothing. I’m still hurt and confused, and I don’t even know how to pray. But here I am. What would you have me do?”

The answer came in whisper, “Praise Me.”

It wasn’t the answer he had expected, but John picked up his Bible, turned to the Psalms and began to worship the God who had felt so distant and uncaring. Day after day, John did the only thing he could do - he worshipped.

“Even though the fig trees are all destroyed, and there is neither blossom left nor fruit; though the olive crops all fail, and the fields lie barren; even if the flocks die in the fields and the cattle barns are empty, yet I will rejoice in the Lord; I will be happy in the God of my salvation.”
Habakuk 3: 17,18

“For everything comes from God alone. Everything lives by his power, and everything is for his glory. To him be glory evermore.”  Romans 11:36

In time something miraculous happened. The Lord didn’t change John’s circumstances. Instead He changed John. Peace flooded the heart that had become cold and bitter, and out of that peace flowed love for and trust in the One who loved him beyond measure. John’s very life became a worship to God.

God doesn’t ask us to praise and worship Him because He needs a bit of an ego boost. When we worship Him, we remind ourselves of Who He is - His holiness, power, wisdom and sovereignty.  We invite His presence into our lives, and we are changed.