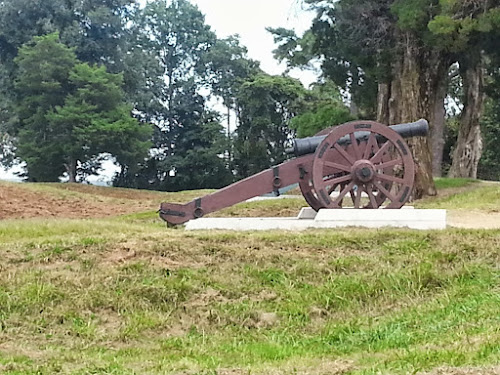 We expected it, dreaded it really and it arrived on a beautiful sunny day. “Greetings,” it said. So began one of the most difficult journeys of our lives. Within weeks, my husband of just three months went from civilian to soldier.

On a field in South Carolina he trained with hundreds of other young men who had also been drafted. Hour

s of running, demanding exercises and drills,  target practice and hand-to-hand combat all to prepare them for the battle that raged an ocean away.  None of them had ever known the terrors of war and most were ill suited to the exhausting routine. The seasoned soldiers who oversaw their training were relentless. They knew what the future would hold for most of them, and their goal was to transform these inexperienced men into soldiers ready for battle.

Before that letter arrived, we lived our lives in the hope that the war would not come to us. As Christians, we can live our lives in much the same way. We come, no matter our age, as babes into this life of faith. We come filled with hope that from now all will be well. However, just as Jesus said, we soon find that in this world we have trouble. (John 16:33)

We are engaged in a spiritual battle against an enemy who wants to destroy us. We, like those new soldiers, need to be trained and equipped for the fight, and God has given us everything we need. He has promised to be with us.

13 Therefore take up the whole armor of God, that you may be able to withstand in the evil day, and having done all, to stand.

14 Stand therefore, having girded your waist with truth, having put on the breastplate of righteousness, 15 and having shod your feet with the preparation of the gospel of peace; 16 above all, taking the shield of faith with which you will be able to quench all the fiery darts of the wicked one. 17 And take the helmet of salvation, and the sword of the Spirit, which is the word of God; 18 praying always with all prayer and supplication in the Spirit, being watchful to this end with all perseverance and supplication for all the saints

We don’t fight alone, but we must make the choice to stand firm in our faith. We live in a time when the heat of battle has intensified. We must draw deeply from all that the Lord has poured into our lives and stand on what we know to be true.

Jesus did say we would have trouble. However He then added, “But take heart, I have overcome the world.”

This is our great hope. Our Savior has already won the war.

“but thanks be to God, who gives us the victory through our Lord Jesus Christ.”

“Now may the God of hope fill you with all joy and peace in believing, so that you will abound in hope by the power of the Holy Spirit.” Romans 15:13