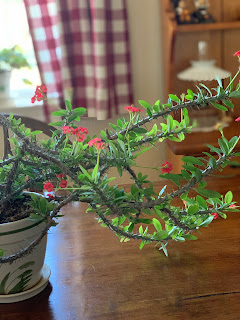 “If you have ever seen a country church with a bell in the steeple, you will remember that to get the bell ringing you have to tug awhile. Once it has begun to ring, you merely maintain the momentum. As long as you keep pulling, the bell keeps ringing. Forgiveness is letting go of the rope. It is just that simple. But when you do so, the bell keeps ringing. Momentum is still at work. However, if you keep your hands off the rope, the bell will begin to slow and eventually stop.”– Corrie Ten Boom

The day Corrie Ten Boom came face to face with the guard from Ravensbruck who had treated her and her sister so cruelly marked a turning point for her. After the war, he had become a Christian. He attended one of her talks and, not recognizing her from those terrible days in the concentration camp, he approached her and commended her on her talk. She had spoken on forgiveness. He went on to say he knew God had forgiven him, but he wanted to ask her for her forgiveness as well.

Knowing God would have her forgive him, she reached out to take his extended hand, the only thing she felt able to do in that moment.  As she did, she felt a warmth flood her body and cried out, “I forgive you brother! With all my heart!”

Imagine what would have been lost to the world had Corrie

Ten Boom held onto unforgiveness. What would have happened to the countless lives she touched through her work and speaking? And what would have become of her? Unforgiveness causes bitterness to take root in the heart denying us the blessing God has for us.

Jesus spoke it from the cross, “Father, forgive them, for they don’t know what they are doing…” Luke 23:34.  He forgave the unthinkable - although they hadn’t even asked.

God is a good God. He wants only the best for us. He knows what holding unforgiveness in our hearts will do. He modeled it for us. It’s the reason Jesus came. Forgiveness restores us to right relationship with God. Forgiveness brings peace, joy and, often times, restoration. Forgiveness is a precious gift given to us that we might in turn give it to others.