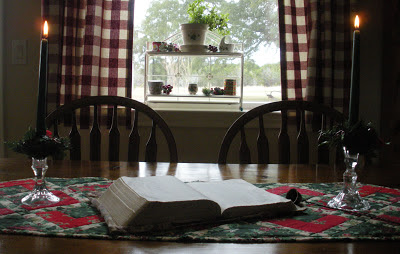 "How silently, how silently the wondrous gift is give."

There is no question that He came, this wondrous gift. Reliable witnesses tell us Jesus lived on this earth over two thousand years ago.

For years He quietly worked at the trade his earthly father taught him. At the age of thirty, he put down His carpenter's tools and began His ministry as an itinerant preacher. He gathered a group of young men around Him and traveled the dusty roads healing, teaching, performing miracles, raising the dead.

All of that almost paled in comparison to the things He said. He declared that He was the Messiah - the Son of God. He had come to restore the relationship between God and man; to bring us the gift of eternal life.  It didn't sit well with the spiritual leaders of His day.

Three years into His ministry He was arrested on trumped up charges, tried and found guilty. They beat Him and hung Him on a cross between two thieves. His friends put His lifeless body in a borrowed tomb and mourned the loss of the One on whom they had hung all their hope.

Three days later He appeared to them. Witnesses tell of seeing Him, the scars of crucifixion still fresh on His hands and  feet and in His side. For forty days He once again walked this earth talking, forgiving, preparing. Then these same people watched in awe-struck wonder as He ascended into heaven with the angel's promise of His return ringing in their ears.

No, there is no question that He came. The question is what will we do with Him? Will we dismiss Him as a figment of the imagination of hundreds of witness? Will we, with a shrug of the shoulders, call Him as a good man - but just a bit delusional? Will we shake our heads and say He was truly the worst deceiver ever to have walked the face of the earth?

Please come with me to Laced With Grace to read the rest of this devotional.