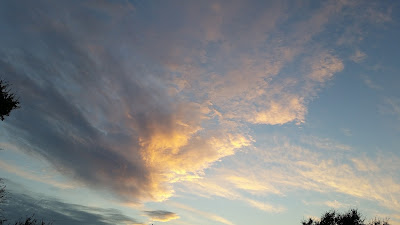 As much as we would like to avoid it, there are times when we are faced with battles. They come in all sizes and shapes - sometimes barging into our well ordered lives like the Philistine army; at other times slyly sneaking in, disguised as friends, past the well fortified places. We long for peace, knowing it is just on the other side of victory, but we fear the fight.

David was a man who certainly knew a lot about fighting battles. From the time Samuel anointed him king, he was locked in a deadly battle with the jealous, irrational Saul. After years of running and fighting, he finally took his place as king of Judah only to face another long war against Saul's followers. When that was over, there were the Philistines and other neighboring tribes who warred against him.

In all of this David was victorious, for the Lord was on his side. Before going into battle he would pray something like this, "Should I go fight the Philistines? Will you hand them over to me?" And the Lord would answer, "Yes, go ahead. I will certainly hand them over to you." (II Samuel 5: 19).

What a confidence booster that must have been. How much easier to face the enemy knowing that the Lord had already given you the victory. Don't you wish we could hear from God like that?

I'm writing at Laced With Grace today. Just click on the link to join me for the rest of this devotional.